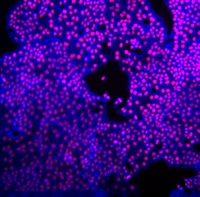 We completely updated the structure of YouScope, adding support for the Gradle automatic build system. This also allowed us to add a nightly build service to YouScope, thus, you can always download the latest development version if preferred. Also, YouScope R2020 is in preparation and will be released soon!

We finally released YouScope R2018! What was originally planned as R2017 was finally released after extensive testing and bugfixing. There are many new features, and many more to come. The Version should be downwards compatible to the last version and thus run on all microscopes already running some not completely outdated version of YouScope. Have fun!

Nearly four month after the final release of YouScope R2016 comes the first beta version of the R2017 release.
This pre-release already gives a glimpse into the variety of new features which will be included in R2017. Specifically, metadata and descriptions can now be attached to measurements, and get exported as XML and HTML along with the measurement data. Furthermore, it's now possible to pause measurements. Try it out!

After hard work, we finally released today the stable build of YouScope R2016 (v2.0.0). The last beta (Beta 6) proved stable and ready for productive use.

YouScope R2016 Beta 6 is now available. Most of the changes in this version consider the support of non-rectangular microplates. Since a lot of the code base considering microplate measurements had to be changed, this version might not be as stable as the other beta releases. Choose Beta 5 or a later version if stability is most important for you.
New functionality/changes:

We just released the fifth beta version of YouScope 2.0. In this beta, we introduce new path optimizers for microplate measurements. These optimizers are 1.5- and 2-approximations of the traveling salesman problem, thus, typically return very good or even the optimal paths through the microplate. Important Note: The last beta release of YouScope (R2016 Beta 4) contained a serious bug which might lead to loss of data (overweiting of images during a measurement) when imaging different wells of a microplate havind different y-positions, but the same x-position. In this bug, the file-name generated by default for new images only includes the identifier of the y-position, but not of the x-position. We strongly recommend that anybody using the Beta 4 either switches to the new Beta 5 version, or downgrades to Beta 3. All versions can be found in our download area.

We just released the fourth beta version of YouScope 2.0. In this beta, it is now possible to fully define how measurement data (images, meta-data) should be saved to the disk, by so called "custom save settings" (under Tools menu). Besides this, we fixed several smaller bugs.

We just released the third beta version of YouScope 2.0. Besides several smaller bugfixes, we added support to measure cell sizes or similar in the LiveStream. Furthermore, support for SLIM microscopy as well as droplet based microfluidics was significantly extended. Also, a new red skin is available, supposingly being good for the eyes when starring at the screen for hours in a dark microscopy chamber. The third beta is stable, meaning that we recommend switching right now! You can download the latest release of Youscope in our download area.

We are currently preparing the stable release of YouScope 2.0. As compared to the 1.X versions, YouScope 2.0 offers an exciting new user interface, with an revised LiveStream, functionality to view all images of a running or finished measurement, Skins (check it out!) and much more. We already released the second beta version of YouScope 2.0. As compared to the final version, we expect only minor changes/bug-fixes to still happen. The second beta is stable, meaning that we recommend switching right now! You can download the latest release of Youscope in our download area.